What Are The Major Causes of Garbage Truck Accidents In Texas? 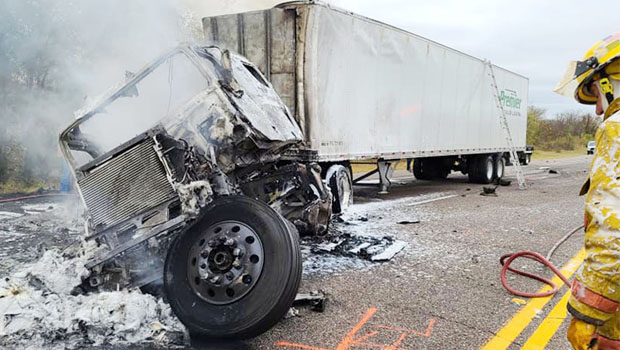 Garbage trucks are a crucial piece of machinery within any city’s municipal system. These large trucks roam around the streets of residential areas in a city to collect trash and deliver it to a recycling center or a local trash dumping site. Unfortunately, due to their large size and high momentum, these trucks pose a significant safety threat to pedestrians, cyclists, and other cars on the road. Garage truck accidents can result in significant physical injuries to their victims and leave them with thousands of dollars in medical bills, lost income, recovery downtime, and more. The following information takes a closer look at some of the most common causes of garbage truck accidents in Texas.

One of the major reasons behind garbage truck accidents in Texas is the lack of visibility to garbage truck drivers. Due to their large size, garbage trucks have large blind spots that make it almost impossible for the driver to remain aware of the traffic around the truck. While paying complete attention to the road and traffic can prevent such accidents, even a minor lapse in attention combined with poor visibility can prove catastrophic for everyone on the road.

All heavy machinery has legally prescribed weight limits that should be followed by truck drivers and relevant authorities. Adding excessive loads or improperly loading garbage on a garbage truck can throw the truck off balance and result in an accident. Additionally, overloading also increases the risk of heavy garbage falling off the truck and landing on the cars around the truck, causing them to swerve and hit the truck or other vehicles on the road.

Distracted driving is one of the most common causes of all vehicular accidents, and garbage truck accidents are no different. Driving while texting or calling on the phone, eating, grooming, listening to loud music, or talking to the other passenger in the truck can result in an impaired focus on the traffic, increasing the risk of significant vehicular accidents. It is advisable to resist the temptation of doing any such activity while driving because anything that divides your focus from the road has the potential of causing an accident.

Driver fatigue and lack of sleep result in a majority of all heavy traffic accidents in the United States, including Texas. Most municipal workers and garbage truck drivers work on tight schedules with cramped shifts that allow for very little time to sleep. Maintaining adequate sleep hygiene and getting enough rest can prevent such accidents and save the lives of everyone on the road. Adding moderate caffeinated beverages to your daily routine can also help you improve your focus and coordination abilities.

Garbage truck accidents are impossible to predict and can result from a number of reasons, most of which are preventable if proper traffic safety protocols are followed. If you or your loved one have been injured in a serious garbage truck accident, you can consult with an experienced Dallas truck accident lawyer at Angel Reyes & Associates who can help you form a legal strategy to get fair financial compensation for your physical, emotional, and financial damages.