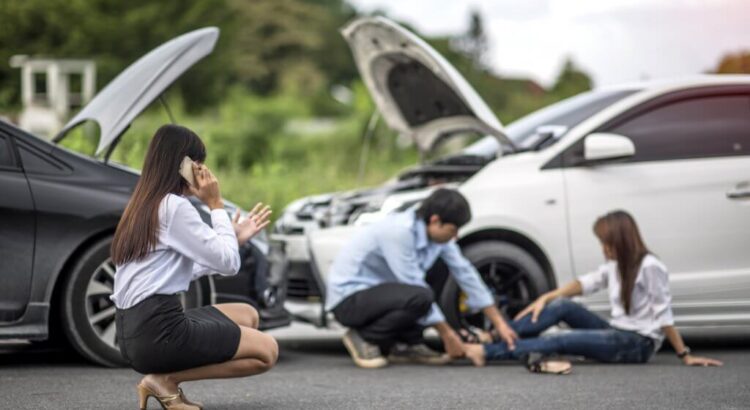 Every car accident is different, and the types and degree of injuries sustained depend on the individual circumstances. However, there are certain common types of injuries that occur during a collision. Head injuries, whiplash, broken bones, internal damage and superficial cuts and scrapes may result from an accident.

If someone hits their head during an accident, the damage may be severe. Besides any short-term problems, the damage can have long-term effects on the person’s cognitive abilities and potentially disrupt sleeping patterns or cause headaches. Anyone who is experiencing problems of that nature should consider contacting an auto accident lawyer in Antelope Valley for advice.

Whiplash specifically applies to the damage done to the neck caused by rapid back-and-forth movement. During an accident, the body can experience a rapid change in direction or momentum. This may not cause broken bones or other physical symptoms to appear, but muscles, ligaments and other soft tissue may be harmed. When this happens in the neck, symptoms like stiffness, pain, loss of motion or blurred vision may occur. The symptoms usually disappear within a few weeks if treated properly, but some people may find that the complications last for a long time.

When the forces applied to the body are stronger than the bones can withstand, they can break. Broken ribs are common, and result from even light or moderate impact. Depending on where the vehicle is hit, arms, shoulders, hips and legs may also break. Anyone who suffers from broken bones should not attempt to move or leave the vehicle until trained paramedics arrive to assist. If the vehicle is in an unsafe location, on fire or is otherwise absolutely unsuitable to be in, the person with the broken bones should be moved as carefully as possible. Once outside, they should be made to stay as still as possible to prevent further damage from occurring.

Internal bleeding can be a serious, life-threatening condition that requires immediate medical attention. Anyone who has been in a collision should get checked out by a doctor as soon as possible to make sure that it is caught early. If left untreated, it can be very dangerous to the injured person.

While not as serious as internal bleeding or head injuries, cuts and scrapes should still be tended to after a collision. The cuts and scrapes may result from the impact of the vehicle itself, or from items in the car that struck the people inside during the accident. If left untreated, they may become infected, which may lead to serious issues that need to be resolved through medications or hospitalization.

Injuries vary depending on the size and speed of the vehicle or vehicles involved in a collision. The use of seat belts and the presence of airbags can also play a role in the severity of any wounds. It is important for drivers to be alert when behind the wheel and drive proactively in order to avoid accidents because the consequences can be serious.